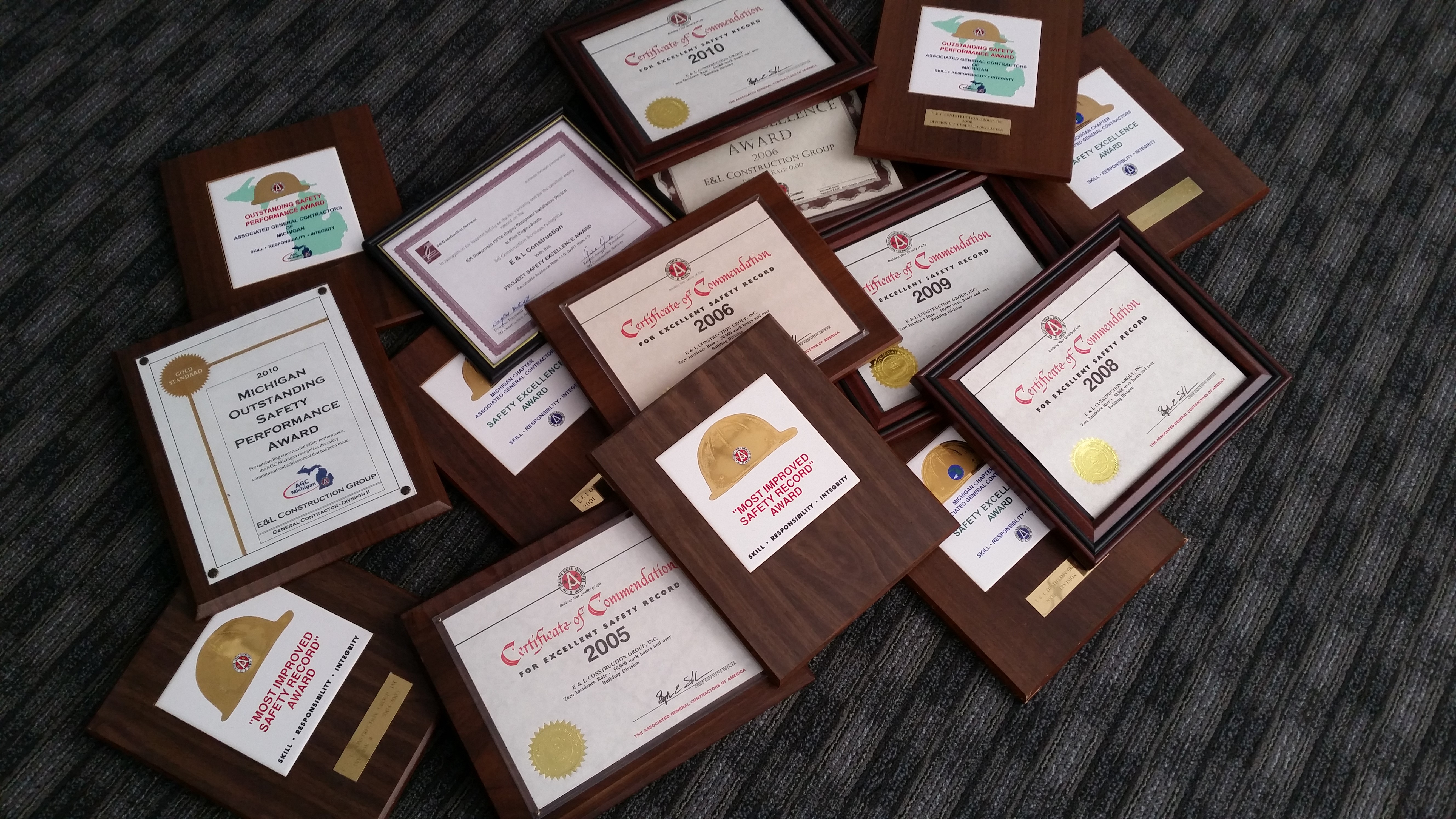 The E&L Construction Group was named a “Gold” Award winner in the Michigan Outstanding Safety Award Program in the General Contractor Division. E&L’s safety performance was recognized with the highest level award. They were the highest ranked contractor from Flint in the large division (Division III). “We were excited to receive the recognition, safety is so important to our operation.” stated Greg Krueger President & CEO of the E&L Construction Group, Inc. “We were also honored and happy to be included in the Division III recipients with the larger firms in Michigan such as Clark, Auch, and others. “ E&L was included in Division III due to the large amount of hours (over 150,000) worked. “It is important to work safely no matter how many hours you work, but when you put together a safe working record like this, it is especially gratifying”.

E&L Construction Group has been recognized for safety achievements every year since 2006 at the state and national levels.